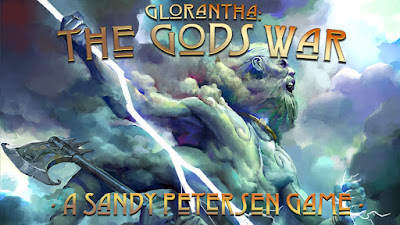 I know its been awhile since I last posted, but this is something that I want to share with everyone.  One of my first Kickstarter project that I backed was Glorantha:  The Gods War, A Sandy Peterson game.  The original Kickstarter was new version of the rules used for Cthulhu Wars but with a Gloratha/RuneQuest setting.  The project took a long time to be delivered...but when it finally was complete we had a fantastic game.  Now they are running a reprint of the game with new expansions.  If you are interested this is a great opportunity to back a great game and receive an amazing set of miniatures for that game!