A Great Way to Wake Up! 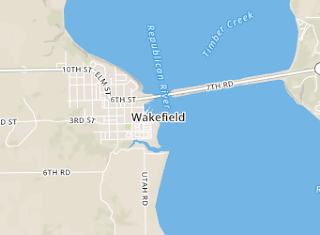 The summer after my mother remarried we moved out to Wakefield, KS to live with my Stepdad for the summer and then return to Kentucky for the next school year.  He was station at Fort Riley, KS.

That summer was an amazing time.  I was only 14 at the time and didn't realize how little of the world I had actually seen.  During that summer a bunch of amazing firsts occurred (these are not in any particular order):  Played D&D for the first time, read a novel with sex in the story ( Robert Silverberg Majipoor series), flashed by the wife of one of my stepdads co-workers, made out with a pair of 14 year old twins (at the same time), and baby-sat 3 children. 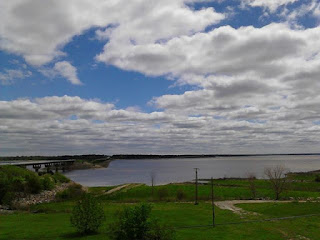 The kids in question belong to a couple who are friends with my Mom and Stepdad.  Both my stepdad and the father of the 3 kids were in the Army.  Wakefield, KS is a very small town on the shore of Milford Lake and very quiet town.  My stepdad and his friends were probably the wildest bunch in the area since they all road motorcycles and were part of the "Wakefield Bunch".  The mom of the 3 kids would have to go to work early and the Dad would have too leave soon after to get to morning PT/Formation at Fort Riley.  So the dad would ride his Harley up to our house to pick me up and then we would both ride back to his house so that I could watch the kids for a few hours until their mom got home from work.

To this day riding a Harley several blocks thru town at 4:30am is still one of the best way I have found to wake up in the morning.  The memory of those morning rides has stayed with me since.

Posted by Grayranger at 6:04 PM